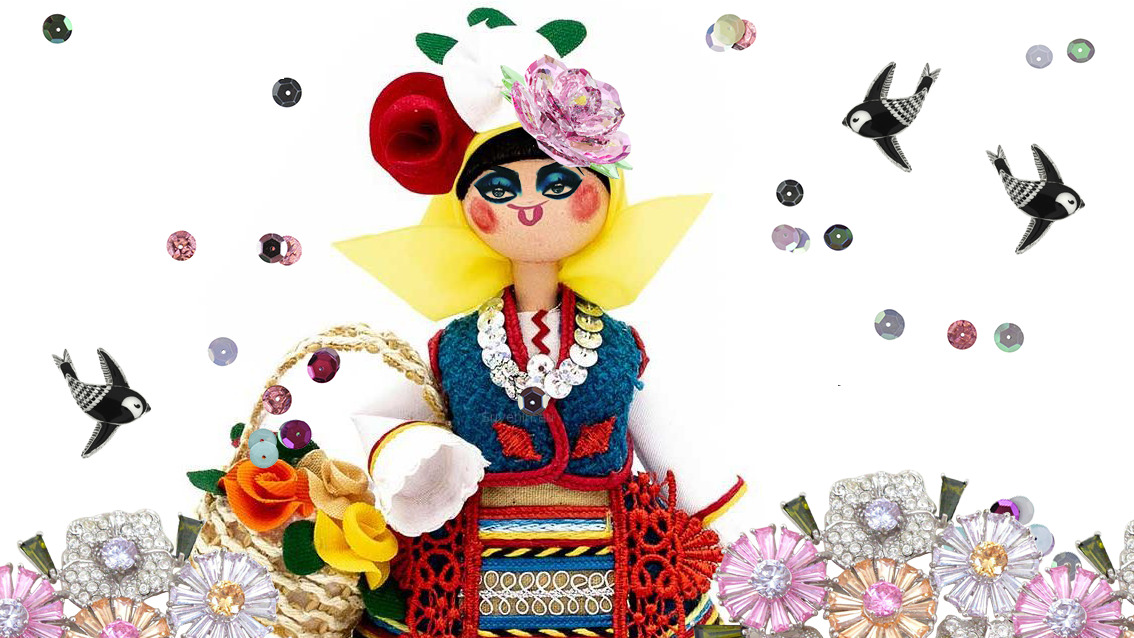 Cross-dressing and drag practices and their popularity today have a wide place in pop culture, mainstreamed by global phenomena such as Ru Paul’s Drag Race show. The mainstreaming of drag launched into the public area figures that were marginal until recently, and this is an important sign of the progress of LGBTQI + and feminist movements. But before this mass mainstreaming did happen, it can actually be said that the beginnings of drag, as well as the popularity of the practice of crossdressing itself, also existed. This is especially evident in the unique for Bulgaria and some neighboring countries folklore practices, as well as in practices rare for urban culture. In this discussion we will try to build a bridge between tradition and contemporaneity, between folklore and art, to break the cliché that drag culture is something external and even threatening to our cultural environment and reality. We will ask ourselves questions such as: Can we think of modern drag culture as a continuation of our own traditions? How can we compare folklore to drag as part of urban cultures?

Martina Baleva is an art historian and Professor for Art history with a focus on recent art history at the University of Innsbruck. From 2012-2018 she was assistant professor for Cultural Topographies of Eastern Europe at the University of Basel. She works on visual history, the history and theory of photography, art and media history from 19th century till today, and the politics of memory, with a special emphasis on Eastern and Southeastern Europe, the Ottoman and Post-Ottoman world. She acted as researcher in numerous projects, curated exhibitions, and organized various conferences on visual history and visual studies, among them “From Basel to Bursa and back: The Story of an Photo Album by Sébah & Joaillier” (2017); “Schweizer Nachwuchsforum Bildforschung östliches Europa” (2015 and 2016); “Junges Forum für Bildwissenschaften” (2010 and 2011); “Batak as a Bulgarian Lieu de mémoire” (2007). In 2016, she was awarded a Teaching Excellence Award for best teacher at the University of Basel by Credit Suisse. Her PhD (2010) in Art History dealt with “The Invention of the Nation on the Balkans in the Art of 19th Century” and was awarded the Fritz and Helga Exner Foundation Award through the South-East Europe Association, Munich. She served as a visiting fellow at the Imre Kertész College in Jena, and as a research assistant at the Berlin-Brandenburg Academy of Sciences in Berlin.

Nicole Barborini is communicative, down-to-earth, playful, with a quick thought and a sense of humor. She has been on the drag stage for 3 years. Barborini received her name from her drag mother, the legendary Elza Parini, after their first joint appearance on the stage at One to One club. “Because I’m a chatterbox, she kept calling me Barborini, so I decided that I liked this surname, and it was given to me by her, which made it special in itself. When I was a child, they also called me Bamborini / Barborincho playfully.”

Christian Chalakov is an artist and illustrator from Plovdiv known for his style combining elements of Balkan folklore, pop culture and above all queer culture. His art aims to tell stories through characters who combine tradition and modernity in a playful and authentic way and to find their place in the Bulgarian environment and culture.